In Blankenham you will find 1 high water cannon on the Blokzijlerdijk. Blankenham is a vast dyke village in the municipality of Steenwijkerland. It used to belong to IJsselham, but was eventually split up. Originally it was given the name 'In den Hamme'. Later the village was named after Frederik III of Blankenheim, bishop of Utrecht.

When the original church of IJsselham was too far away for the residents of Blankenham, the bishop gave permission on June 26, 1418 to establish a private church for the Blankenhammers. Blankenham is located on the border of the Noordoostpolder and on the edge of De Weerribben National Park.

"Get out!" One of the many gullies - created during dike breaches in 1776 and 1835 - has a powder house and a cannon. The cannon was fired once in case of imminent danger. Twice meant a possible breach of the dyke and three times was "gone". In 1928, a few years before the Zuiderzee became IJsselmeer, gunner Van der Linden fired his last shot in Blankenham. You will also find such high-water cannons elsewhere on the dikes and in Blokzijl.

Fruinen The myth of the Fruinen belongs to Blankenham; the mysterious people that live in the deep swales, the former dike breaches of the Zuiderzee. 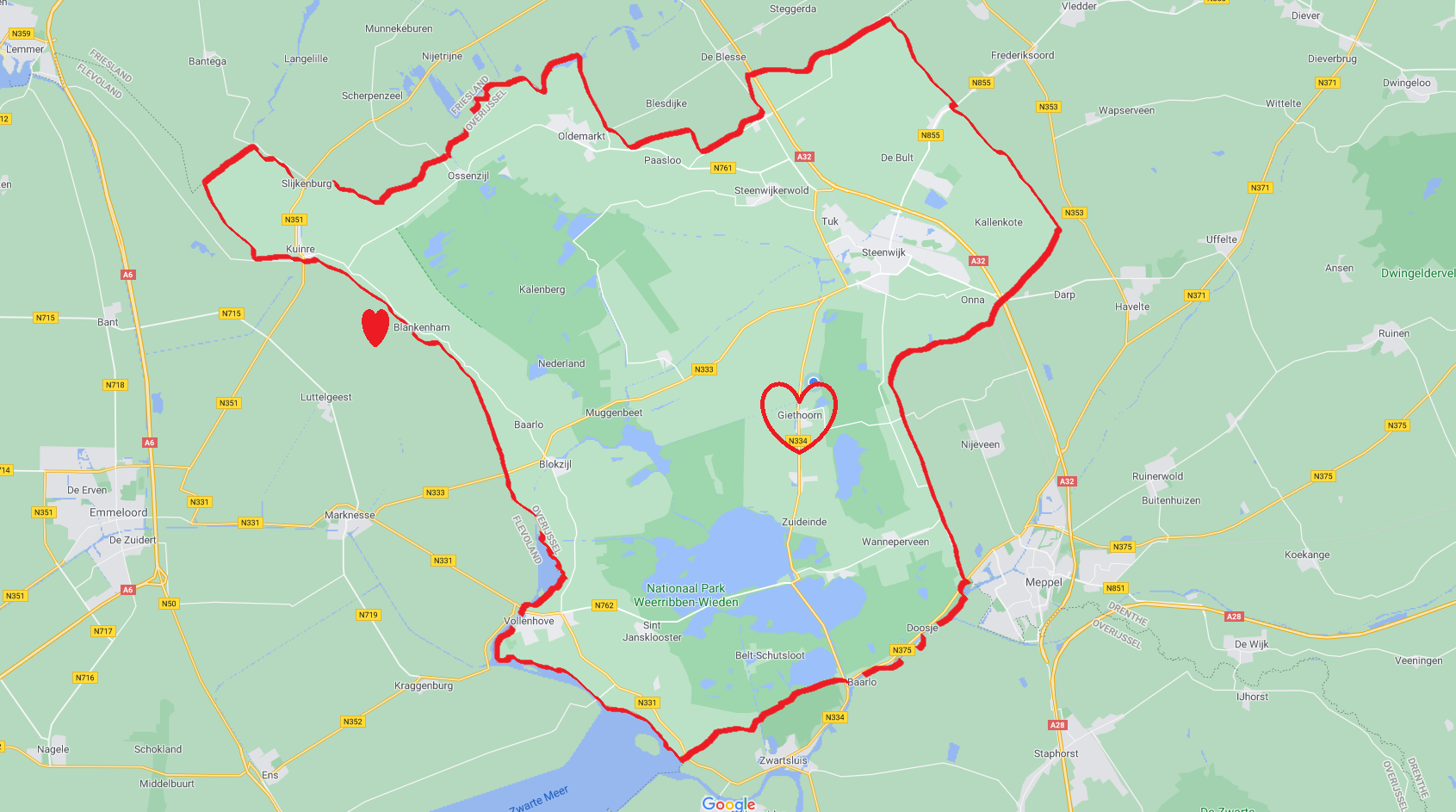